I’m still trying to figure out what the guidebooks mean when they say that a trip to Katutura Township near Windhoek is a “must see!”

Tourists have more money to spend on a dinner than many of these residents have in a month. Many live on US$200 a year, or less.

So, is it to see the unemployed men hoping for some money? A boy who follows us around hoping for some food (my friend gave him some meat he just bought. Hannah and I had nothing.) Or maybe to witness the poverty. Not every home was desperate, but many were.
The people. That’s the only reason to go anywhere. 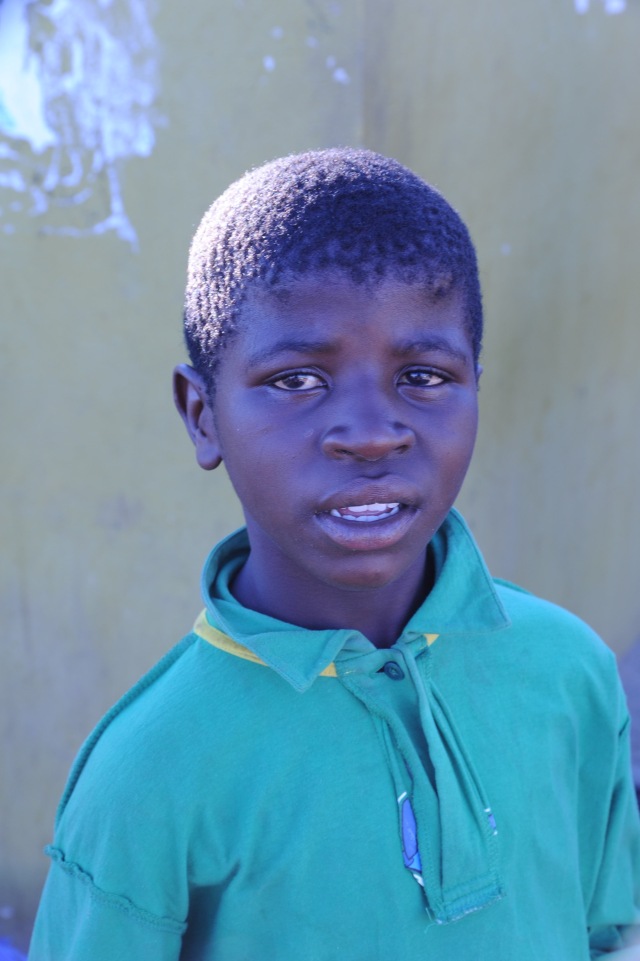 A boy, begging for a coin, earned it with a pose instead. Look at those eyes.

To say that Hannah and I stood out in the Katutura market, where mostly meat was being butchered and cooked on the braai (bbq), is to state the incredibly obvious. I was first met by a boy who begged for a coin. I said no, but I would pay him for a picture. He agreed. The sadness in his eyes troubled me deeply. But he is one of millions of children in this world who earn his meals this way.

There were no tourists at the market on this Sunday afternoon. There was meat, and there were animal parts not needed this moment. Hooves, cattle heads, entrails. Most of the meat not on the braai was covered in flies. Covered. In. Flies. These are the sights of which vegetarians are made…or confirmed! There were a few baskets of beans, and meal worms, purchased by the pound. And spices of course! In an adjacent building were small shops. Two tailors who made beautiful, colorful dresses and bright green and blue school uniforms were happy to pose for me. Their work was exquisite!

But these are not the reasons to come to Katutura. Come for the people. Talk to the people!

As we drove slowly through the streets, I tried to smile and wave to people. Everyone, to a person, responded in kind. I saw a group of women sitting in their yard and asked if we could talk to them. As in China, when Helen and Iris were invaluable in helping me communicate with people, my friend Ferdinand made wonderful introductions. Besides, he is tall and handsome and speaks all the languages. What woman could resist? Of course they say yes to him!

Anastasia was there with a few other women, and many boys. No girls in sight. The boys wanted to pose with American gansta signs, and we laughed together as I called them on it. Anastasia fixed her make up for the portrait and struck a pose. She was magnificent. We talked, shook hands Namibian style (do your cultural homework!) many times, chatted with the boys and shot and shot. I shot A LOT, and she finally laughed and waved me off.

The visit was warm and friendly and genuine.

The people. That’s the only reason to go anywhere. 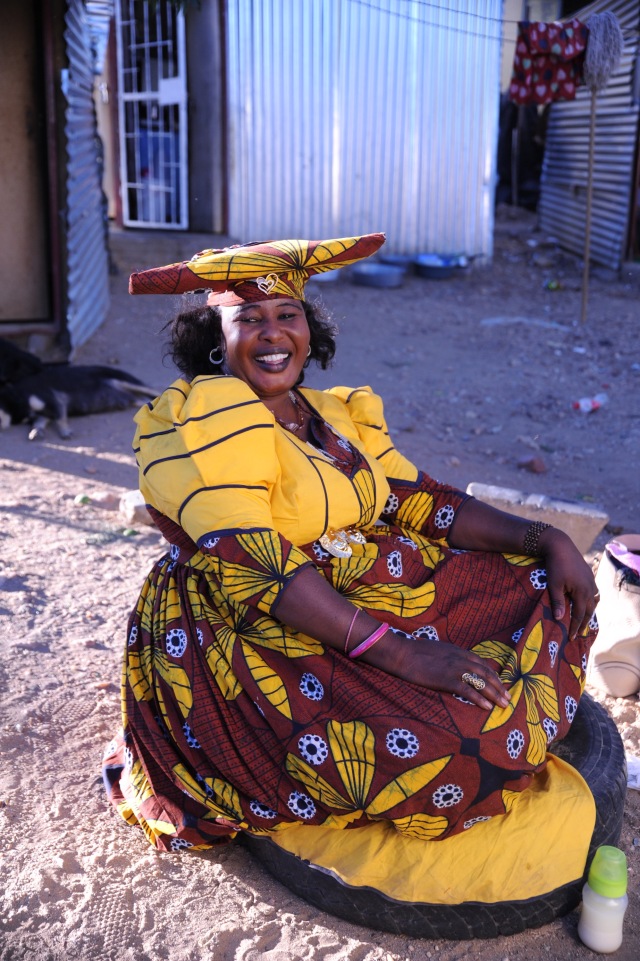 Art saves lives. That's my mantra and my motivation. My primary purpose as an artist is to inspire, entertain, make you smile, make you mad, make you think or recall a memory. I strive for work that is intimate and genuine, and sometimes whimsical. It's always more than a "pretty picture." I demand a relationship.
View all posts by jeanevogelart →
This entry was posted in NewWork, Travel, Women. Bookmark the permalink.